We have a wonderful team of highly trained teachers made up of experienced musicians, music therapists, instrumental teachers, school teachers, actors and parents who are united by one common passion; bringing the joy of music to families and communities.

Our teachers are all qualified Music Together teachers and have extensively trained and apprenticed at The Rhythm Tree’s Teacher Training Centre.They are skilled at nurturing children’s musical development, understanding how young children learn and are passionate about delivering high quality, joyful and innovative music sessions for your family and community.

We look forward to making musical memories with you 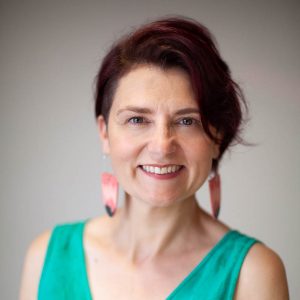 With 30 plus years experience in education, Gillian’s passion for music has led her from primary school teaching in Scotland, to becoming the principal of Australia's largest Music Together® centre. Along the way, Gillian qualified as a Colourstrings International Music Kindergarten Teacher (Kodaly based) and ran a successful Glasgow based, early years’ music company. During this time, Gillian became a highly recommended adviser on curriculum development, providing music training for early years teaching professionals across The United Kingdom. Her love of music led to an active role in Scotland’s jazz community, involvement in numerous community arts projects, both as a performer and adviser, and a role as a music consultant to BBC Scotland. In 2005 Gillian immigrated to Australia where she spent time exploring the different learning styles of her three children and researching different methods of teaching music. She also took time to reflect upon the roots of her own love of music and the cultures around the world which create ‘musical people’. It was during this research that Gillian discovered Music Together. Inspired by how Music Together aligned with her own teaching philosophies and principles, Gillian travelled to Japan in 2009 to train in this method. Upon her return, she immediately began running classes from her own home. Eight years later the two home-based classes have grown into The Rhythm Tree; a community of 49 classes, 8 teachers, 5 venues across Melbourne and a teacher training centre. 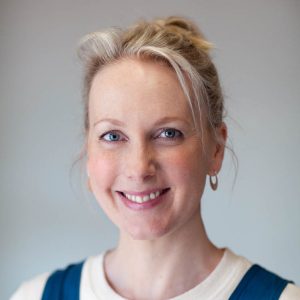 With a Jazz musician as a father, Matilda's earliest memories involve the creation of music. While enjoying many styles, Matilda's natural fit was singing Jazz and Bossa Nova. Highlights of her career include singing in Bob Sedergreen's 'Six of the Best' annual concerts, performing at the famous Spiegeltent, Chapel-off-Chapel and supporting Kylie Minogue on her Australian 'Fever' tour.
Matilda has a Bachelor of Performing Arts from Deakin University where she studied contemporary dance, film making and drama. She has worked as a professional voice-over artist for both commercials and movie soundtracks and performed regularly on tv. Matilda has also extensive experience working in early childhood education and has worked as an integration aid in the primary school setting. Matilda was awarded Certificate level 1 status last year at Australia's annual Music Together Teacher Training Workshop for outstanding achievement in teaching, musicianship, program, philosophy and parent education. She loves to expand her musicality, most recently completing an african drumming teacher training workshop and more recently incorporating Ukulele into her classes. Matilda's role at the Rhythm Tree includes training of new teachers. She has two children and has loved sharing with them the invaluable experiences provided by the Music Together program. This new career path with The Rhythm Tree, combining her passions for music and early childhood development, has been a dream come true. 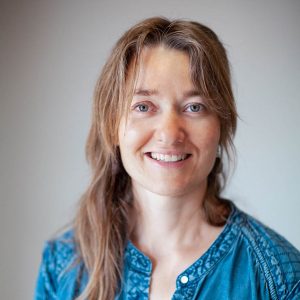 With over 15 years experience in performing Claire has worked with children and adults alike in many different environments. Trained as an actor in Toronto Canada (George Brown Theatre School), she worked as a professional actor in main stage and fringe productions. She also toured theatre to schools with the award winning company Geordie Productions playing to audiences of all ages above and below the tree line. In 2002 she started writing songs. She has released two albums with the help of Canada Council for the Arts and toured Canada playing venues and major festivals, both solo and with her 6 piece band. Her songs have been used in documentaries, short films and features. She receives airplay on the CBC and has been the musical guest on many local and national programs. She has written music for theatre and worked as a musical director. In Australia she has played such festivals as Apollo Bay Music Festival and Port Fairy. She has worked in primary and secondary schools facilitating curriculum learning through music. Two years running she was a youth mentor for Ontario Council of Folk Festivals and was music coach for Artists Mentoring Youth for two seasons. Claire moved permanently to Melbourne in 2010 to start a family. When her son was 8 months she started looking for a music class they could go to. After trying several different programs she was lucky enough to get into one of Gillianʼs Music Together® classes. She loved the material, sense of community and freedom given to the children so much that she trained as a Music Together® teacher. She is enjoying class with her son even more, knowing how much she agrees with its philosophy.

Sarah completed her Music Together Teacher Training in 2015 and shortly after completed an apprenticeship with The Rhythm Tree. She has been a member of the ever-growing Rhythm Tree family since 2011, attending Gillian’s classes with all three of her children. Sarah’s youngest child is now 3, and she is thrilled to continue her music journey as one of the newest members of our teaching team. Sarah has been involved in music directly and indirectly for many years. She practised as a lawyer in a Media Arts specialist law firm, was involved in Polyester Records and is surrounded by musical family and friends. More recently, Sarah has worked as a Primary School Teacher (currently as an Italian Specialist). She is a parent who loves to sing with her children and hopes to inspire you to make music and sing with your children, irrespective of your ability. Go join that choir or sing Christmas Carols with gusto! You’ll feel wonderful. And your children might just sing along too. 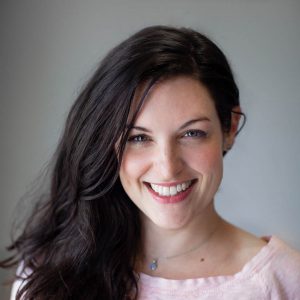 A pianist and singer from New York City, Sarah joined the Rhythm Tree team shortly after moving to Melbourne. Sarah holds a Bachelor of Arts in Music from Penn State University and has over 10 years of teaching experience. She worked for over six years in various early childhood music programs in Manhattan where she also gained experience in teaching piano to young children. Sarah has released two independent albums in the U.S. and continues to work on writing and performing her own music here in Melbourne. Very grateful for the music career she has had so far, Sarah is happy to have the opportunity to pass the gift of music on to children, and is so excited to be a part of the Rhythm Tree program! 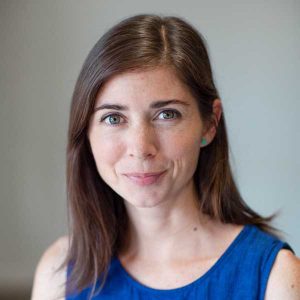 Originally from Western Australia, Rebecca completed a Bachelor of Music in her home city of Perth, then relocated to Victoria to complete the Graduate Diploma in Music Therapy at the University of Melbourne. After beginning her music career as a primary school flute teacher, Rebecca started work in 2004 as a Registered Music Therapist with children and adults in palliative care and neuro-rehabilitation, and more recently in early childhood settings. Rebecca has qualifications in Education Support and Auslan, and has experience in various music and movement programs including Dalcroze Eurhythmics and TaKeTiNa. With two young children of her own, Rebecca understands the power of music in early childhood, and its capacity to not only nurture children at all stages of learning and development, but to also facilitate and support meaningful family connections through shared musical experiences. 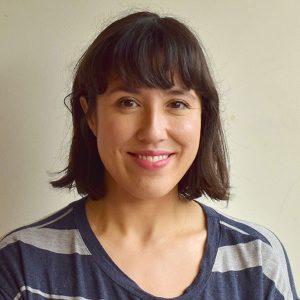 Jenna is a musician and a mother. She is very passionate about the journey of, sharing of and the learning of music. From her very earliest memories she was surrounded by and was encouraged to participate in music at home and in wider community settings. From these early experiences Jenna is acutely aware of the importance of building musical memories and experiences, whilst creating strong connections with people through music. Bringing music to the community and working with young children is one of her passions and she has been involved in the development of music programs for 3 and 4 year old kindergarten children at Dame Nellie Melba Kindergarten, Richmond. Jenna has over 20years of music performance experience in both nationally and internationally and has been teaching singing for the last 8 years as well as leading the Yarra Songbirds community choir for the last 3 years. Jenna is currently completing her Bachelor of Music part time at Monash University and is always looking for new ways to learn and grow as a musician an a teacher. Jenna discovered Rhythm Tree through a friend and signed up with her daughter for family classes at the beginning of 2019 and is thrilled to have completed her Music Together teacher training and be part of such and amazing music community at The Rhythm Tree. 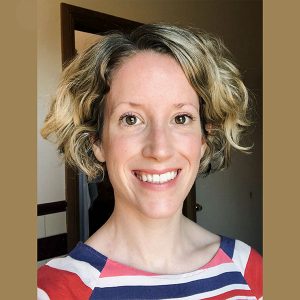 Sally is a passionate singer, songwriter, performer, and teacher. After performing in bands and musical productions throughout secondary school, Sally went on to study an Advanced Diploma of Music Performance at the Northern Melbourne Institute of Tafe in Fairfield. There she and two friends formed a cappella trio Aluka in 2008. Aluka write and perform experimental vocal music. Their career highlights thus far include performing at the Sydney Opera House supporting Clare Bowditch, The Melbourne Recital Centre supporting Patti Austin as a part of the Melbourne International Jazz Festival, and supporting Renee Geyer at Bennett's Lane in Melbourne. Other achievements include performing at Queenscliff Music Festival, Apollo Bay Music Festival, Adelaide Fringe Festival, as well as a multitude of other folk festivals around the country. As well as performing as a trio, Aluka have worked as backing vocalists for Missy Higgins and Lisa Mitchell, accompanying them on their national tours as a part of their band. Most notably, Aluka have toured extensively with Clare Bowditch and have featured on three of Bowditch's studio albums in the past decade- most recently on her single 'Woman' and on her upcoming album due for release in 2020. As a member of Bowditch's band, Sally has had the honour of sharing the stage with Leonard Cohen, Paul Kelly and Powderfinger. Since having two children of her own, Sally has moved away from performance and discovered a love of teaching. Sally has experience teaching singing in primary schools over the past few years and is so excited to start her new role at The Rhythm Tree! 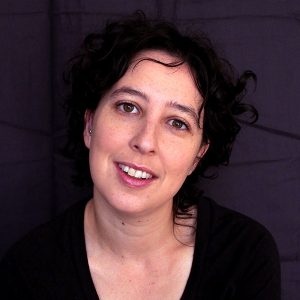 Sophie’s mum visited her her kinder class to play piano and her earliest musical memory is listening to Peter Combe’s ‘Spaghetti Bolognese’ in the back of her family’s green Mazda station wagon. But it wasn’t until her older sister handed her a guitar at age twelve and that she became truly hooked on music. Sophie’s love of music and song craft has led her to become a a singer-songwriter, recording and performing her original music under the name Little Wise since 2012. In that time, she has released two EPs and two acclaimed full length albums. She has toured nationally, performing at festivals and supporting artists such as The Audreys. She has showcased overseas at The Bluebird Cafe in Nashville, Tennessee and in New York. In parallel with her music career, Sophie is a qualified social worker with ten years experience in youth work, disability support, group work, community development and community-based arts. She holds a Bachelor of Social Work with Honours from RMIT University. Sophie is thrilled to be working with The Rhythm Tree to combine her two worlds – music-making and community work. With her relaxed and warm approach, she’s thrilled to encourage musical delight and curiosity in young children, parents, carers and families.